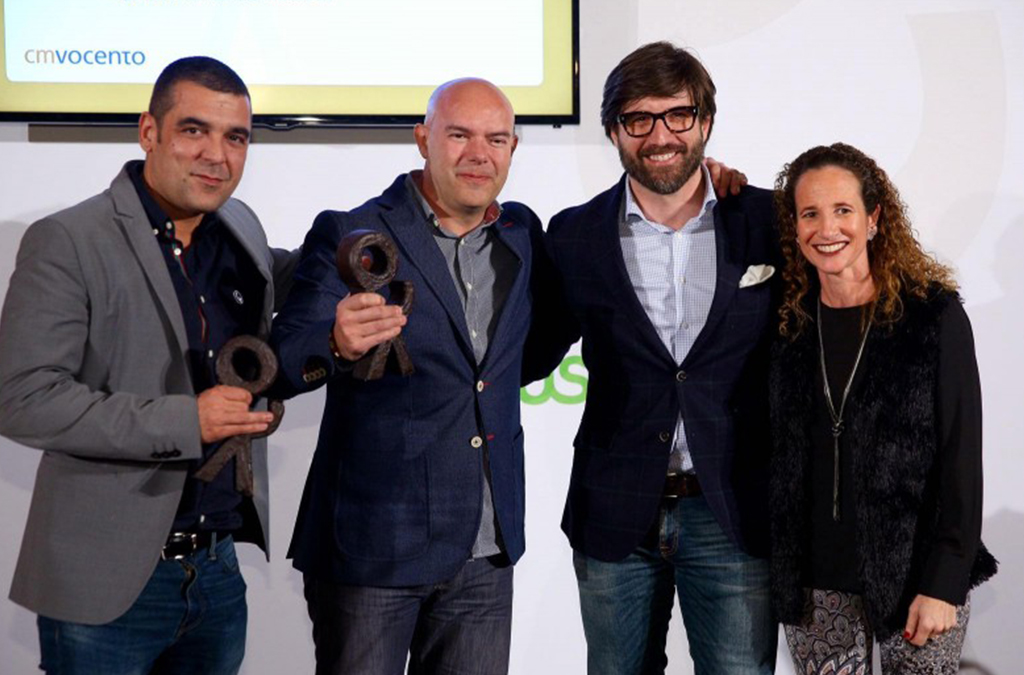 
Genio Awards: the awards created by CMVocento and Scopen to recognize innovation in companies.

Among more than 200 entries, Peanuts&Monkeys won the award for Innovation in Social Media with
Tattoiter


the campaign created by the agency for Macaco and Sony Music Spain.

Scopen’s CEO, Kika Samblás, was in charge of presenting the award to Domingo Olivo, from Sony Music, and Mario Sánchez del Real and Ramón Moreno, from Peanuts & Monkeys.

This year’s edition focused on the field of technological innovation. In addition to the award won by Peanuts&Monkeys, six other awards were handed out in recognition of the work of agencies and advertisers in promoting innovative creativity and the creation of new formats.